This is a once-in-a-lifetime opportunity to acquire the complete set of this definitive guide to early motorcycle maintenance. Individual copies come on the market sporadically and are in high demand. For collectors, restorers or museum libraries this set is invaluable.

1. The Motorcycling sport and industry

Each volume is lavishly illustrated with photographs and component drawings. The condition of each volume ranges from good to very good, each with solid bindings and nice clean pages. The first edition is stamped on the inside front and back with “Johnson Motors Inc. Los Angeles. The pages are brown on the edges and with varying degrees throughout the book. The binding is intact, but slightly loose and the book has a musty smell. The fourth edition appears to have been a library copy at one time and looks as though it has had a new hardcover binding attached. In all seven editions there are over 4,000 pages. The second edition is stamped; A.McComb, Saskatoon on the inside front and back covers. The third edition is stamped; Clymer Motors on the first inside page. The sixth edition is inscribed on the inside front cover to David Neff, Marquette Michigan and the outside front cover has his name printed in black marker. The seventh edition is handwritten on the front inside cover with the name Harry Ferram with an address.

It would take many years to try to acquire this complete set. Individual copies can always be found on Internet used book searches such as bookfinder dot com. Most often the 7th edition is found with prices ranging up to $100.00. Earlier editions can be found in that price range and usually higher if they are available at all.

Shipping in the U.S.A. will be via media mail and insured at a total cost of $15.00. For international purchasers, specific shipping costs will be quoted upon inquiry. The shipping weight will be approximately 16 lbs. 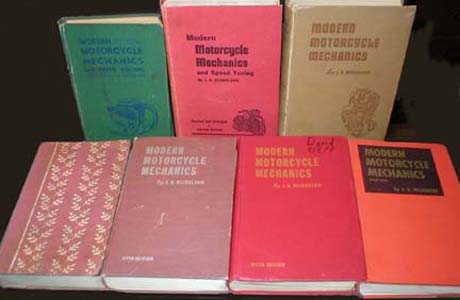 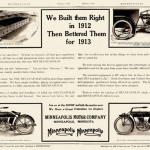 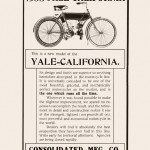