Argue if you will that hauling a motorcycle is sacrilege, but every rider knows that sooner or later there comes a time when a bike needs to be moved from point A-to-B without being ridden.

Maybe the answer is calling a toy hauler or adding the AAA membership endorsement for motorcycle towing. While both are swell options, the former option will certainly cost you a pretty penny and the latter has its limitations–mileage restrictions, limited calls per year. Sometimes riders just want something more permanent.

For those of us who want the opportunity to have two-wheeled adventures without the brutality of literally being exposed to the country’s varied weather conditions, there are plenty of options in the form of four-wheeled passenger vehicles that allow you to enjoy the comforts of a cabin while bringing a bike with you.

The base 2015 Ford F-150 regular cab comes with a standard 6.5-foot truck bed, as well as plenty of space to load up a superbike, and some tools or a couple of dirt bikes. With an available 2.7-liter EcoBoost V6 that’s got more power than V8s from only a few years ago, this truck means business. Not only is the F-150 America’s best-selling vehicle, the 2015 F-150’s new styling has it looking better than ever.

Sure, the diesel engine’s ability to tow nearly 18,000-pounds is overkill when all you have is a 400 lbs motorcycle in the bed, but who’s going to argue with 800 lb-ft of torque and respectable fuel economy. Also, opting for the Laramie Longhorn edition allows you to be treated to a fine and opulent interior.

Consumer Reports ranked the 2015 Chevrolet Silverado 1500 as the best pickup truck for 2014. As such, the Chevrolet Silverado and GMC Sierra siblings are not trucks to be taken lightly. These two trucks feature a number of smart in-cabin storage places, as well as nicely laid out cabin controls. An integrated step in the rear bumper allows you to easily climb in and out of the bed without having to open the tailgate; great for making sure the bike’s secure when making a quick pit stop on the road.

If you want a smaller more athletic pickup, the Tacoma has been a long-time favorite among younger buyers. What you get with a Tacoma is back to basics, simple motoring that is comfortable, unpretentious and reliable, which has been redesigned for 2016.

For buyers looking for a little more capability from the baby Toyota pickup, there’s the TRD Pro package. It features Bilstein shocks and beadlock-style wheels with all-terrain rubber, as well as a host of other functional and visual upgrades. Buying a TRD Pro trim Tacoma probably means that you’re not only going to just haul your bike, but are ready to get off the beaten path on your weekend adventure.

In commercial long-wheelbase trim, the 2015 Ford Transit Connect is the perfect candidate for runs to the drag strip or an adventure across the country with your bike.

The advantage with a van over a pickup is obvious: your bike is protected from the elements. But so are your tools and spare parts, plus the Transit Connect can even double as a work space or sleeping space while on the road. A low floor means getting a bike in and out of the back of a Transit Connect is an incredibly easy affair.

Priced lower than the 2015 Ford Transit Connect, the 2015 Nissan NV200 is by far the best option for value-conscious shoppers.

In this case, the Nissan’s lower price also equates to a less powerful engine and a smidgen less cargo space compared to the Ford. Don’t let this be a deal breaker, though, as the 2015 Nissan NV200 is still incredibly capable.

Like the Ford, the Nissan van also features built-in D-rings for easily securing your bike once loaded up. 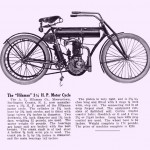 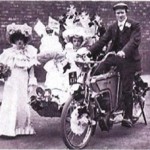 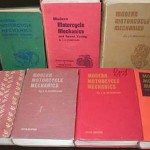 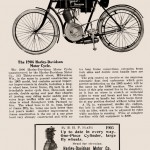